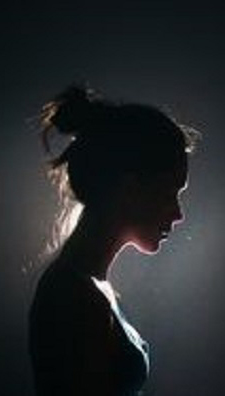 When I first read the Stanford rape victim’s letter[1] to her rapist, Brock Turner, I considered using it in my classes next year. It is a testament to the power of good writing, to the importance of knowing how to be articulate and eloquent even when writing about an emotional issue.

Then I read more about Brock Turner’s shamefully light sentence of six months in a county jail. I read his father’s letter requesting leniency from the judge, citing the fact that Brock’s life “will now never be the one he dreamed about.”[2] I read the statement of support from his childhood friend, Leslie Rasmussen, who argued Brock isn’t really a rapist: “This is completely different from a woman getting kidnapped and raped as she is walking to her car in a parking lot. That is a rapist. These are not rapists. These are idiot boys and girls having too much to drink and not being aware of their surroundings and having clouded judgment.”[3] I got more and more livid. I’m no longer considering teaching this case to my students next year.

Leslie Rasmussen has since apologized, saying that she did not strongly enough acknowledge the severity of her friend’s actions. She added, “I fully understand the outrage over Brock’s sentencing and my statement. I can only say that I am committed to learning from this mistake.”[4]

I don’t want my students to learn from their mistakes when it comes to rape.

I don’t want my students to use the writing skills I teach them to write a rape victim statement that goes viral because of its power and poignancy.

Somewhere in Ohio, there are teachers who taught Brock Turner just a few years ago, who looked out at his face every day, who graded his papers, who probably asked him to put his phone away during class, and who wrote college recommendation letters for him. I am sure that those teachers are having a myriad of mixed emotions right now. When I try to picture any one of the goofy teen boys I teach as a rapist, it seems inconceivable. I’m sure it seemed inconceivable to Brock’s teachers, when they heard that one of their students — one of whom they were probably proud for his academic and athletic success — was the perpetrator of a violent rape. When I imagine one of the young girls I teach being a rape victim, it physically turns my stomach. I want to spare them from that, but not by telling them not to drink around guys, not to wear short skirts, or not to flirt at a party. None of those things is illegal; rape is. Rape is illegal, and that is why we must start by eradicating the actions of the perpetrators instead of dictating the actions of women.

I don’t know if talking about it in my classroom will help. But I can’t imagine it would hurt. The Common Core curriculum wants more nonfiction in the classroom? Fine. My students are going to read about this case, about what Turner did to that young girl, about the heroes who caught and stopped him, about the pitiful sentence Turner received, and about the country’s outraged reaction to it. They are going to read his dad’s letter, his childhood friend’s letter, and his victim’s letter. They are going to read Vice President Joe Biden’s letter. We are going to talk about all of the reasons why people might blame the victim, and all of the reasons why that is utter tripe and must be stopped. I am going to have the boys in my classes literally look at the girls in the room and ask themselves how they would react if they saw Brock Turner doing to any one of these girls what he did to his victim. The name of the victim in the Stanford case has not been made public, but I am going to make the young men in my class give her a face: the face of a girl they have known since kindergarten, the face of a girl they secretly have a crush on, the face of a girl they may only know from sitting next to her in my English class. We are going to talk about the importance of looking out for one another, of spotting dangerous behavior before it gets to a point of no return and, if necessary, of stopping the attack whether the victim OR the perpetrator is a friend or a stranger.

Joe Biden notes that the victim’s letter should be “required reading for men and women of all ages.”[7] So it won’t be easy, and it won’t be comfortable, but this case will now be part of my curriculum. Many times when it comes to rape, and particularly in Brock Turner’s case, the judicial system has failed. I’m going to do my part to make sure the educational system does not.

[1] “Here’s The Powerful Letter The Stanford Victim Read To Her Attacker …” 10 Jun. 2016 <https://www.buzzfeed.com/katiejmbaker/heres-the-powerful-letter-the-stanford-victim-read-to-her-ra>

[5] “Here’s The Powerful Letter The Stanford Victim Read To Her Attacker …” 10 Jun. 2016 <https://www.buzzfeed.com/katiejmbaker/heres-the-powerful-letter-the-stanford-victim-read-to-her-ra>