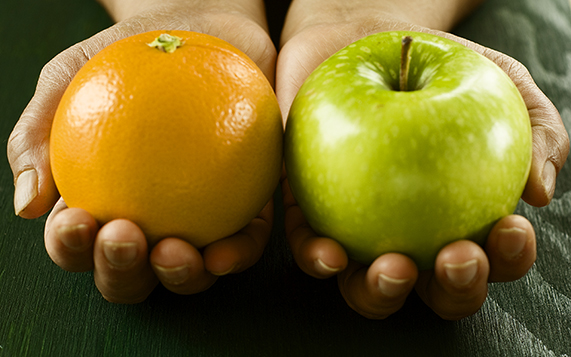 The F was not unexpected. My principal had prepared us, telling us that the district report cards were coming out, and that the grades were not good. He went on to say that he and our superintendent were not worried about those failing grades, that they knew we were working hard every day, adjusting our lesson plans to reflect the new tests and more rigorous standards, and doing so much more for our kids than just preparing them for a test. He warned us that when we look at the data, we should take it for what it is, a “snapshot of a flawed testing system.”

So I knew it was coming. I had braced myself for it.

But it still felt like a punch in the gut when I saw the F. How could I (and my colleagues) be working so hard and yet fail so miserably, in every single category?

The value added formula, which generates the district’s grades, is complex. Allegedly it takes a student’s scores on a test, and projects what his score should be on a test the next year. If he doesn’t hit that projected mark, I have failed as a teacher.

I may not understand the intricacies of the formula, but I do know what is not factored in to the formula. Some of my kids can’t wait to come to school on Monday because they haven’t had enough food to eat over the weekend. Some kids bounce from one relative’s house to the next, with no true permanent “home.” Some are struggling to deal with their parents’ divorce, and some are experiencing their first broken heart. Some feel unsafe and unaccepted, even at school, and some have to walk on eggshells at home when family situations are volatile. Some feel that they have no chance at success, since standardized tests have never been kind to them. Some have to work every night after school to help provide income for their families, and some watch younger siblings while their parents work a second job. None of this is factored into what scores kids should earn, even though these and many other factors have a major impact on how kids learn.

Ohio’s teachers do not simply prepare kids for tests, but we act as mentors, counselors, and cheerleaders for our students who are dealing with less than ideal circumstances in their lives; none of that can be measured by a test.

We are doing everything we are asked to do and more, all while trying to prepare kids for an ever-changing assessment.

The State replaced the Ohio Achievement tests with a much harder test that was formatted differently. The new test was designed to be taken electronically, so kids not only had to demonstrate content knowledge, but computer navigation savvy. Reading from a computer screen rather than a piece of paper is a quite different task, and many teachers don’t have access to a computer for every student to practice this skill on a regular basis. In a recent Canton Repository article, Stark County Superintendent Joe Chaddock noted that the overall progress score this year shows drastically lower scores than in previous years because the test changed. He commented, “It’s like if you’re going through driver’s training and you practice in a car, and then you show up and you have to take (the test) on a tractor.”[1]

Not only that, but countless hours of learning were lost due to teachers training for the new tests, and when we were in the classroom, an inordinate amount of time was lost practicing for and taking the test.

Next year, again, the value added scores will be based on two different tests. Due to the public outcry over the many issues with the PARCC test, the state decided to switch to yet another test for English and math.

It was also decided that there would not be any negative consequences for schools based on those PARCC test scores, yet the report cards were still released. Why? What is the point of giving the public the idea that schools are failing when in reality they are not?

What impact will releasing the report cards have on the passage of levies? I would imagine that if a community has the impression that the school system is failing, many people would be less likely to vote yes for a levy, and since many districts depend on levies, this only hurts the district and makes it harder to maintain its ability to provide a quality education. This is due to a failure on the State’s part; the State has not yet fixed the school funding system, even though it was ruled unconstitutional nearly 20 years ago.

There are more recent failures, too. The State has not only continued to support ineffective charter schools which pull money from public schools, but it has engaged in a cover-up to make the failing charter schools look better, and in spectacular fashion; the recently revised report submitted to the federal government to try to release a $71 million grant reveals that Ohio actually has “nearly 10 times as many failing charter schools as previously claimed”[2]. Ohio’s school choice director David Hansen resigned because of his part in the cover-up.

Former state school superintendent Richard Ross engaged in a secret plan to take over the Youngstown schools and put in charge a CEO (no education experience necessary) appointed by the Ohio Department of Education, the same people who brought to you the charter school scandal. Mr. Ross initially denied his involvement, but resigned after emails indicated that he was very much a part of crafting the Youngstown Plan.[3]

It’s hard for me not to feel the sting of the F, but I know my colleagues and I are not deserving of that grade. Someone certainly deserves an F for the state of affairs in education in Ohio, but it’s not the teachers or the school systems. It’s Ohio’s policymakers and state education leaders, and it’s time they took some responsibility their actions.