Public Education is one of the most fundamental rights of American citizens.  As a career public educator, I have long advocated, both behind the scenes and right out front, for public school teachers so that we can give our students the world-class education they deserve.  As a product of the Princeton City Schools in Cincinnati, Ohio, I realized early that the foundation I was given enabled me, with hard work and commitment, to succeed at the undergraduate and graduate levels at several of the area’s finest universities.  My grandmother was a teacher in Lakewood, Ohio.  Both of my parents as well as subsequent step-parents were also professional educators in Ohio’s public school system.  Yes, I had a choice about what direction to take with my life, but I chose one that has provided my family with many years of deep satisfaction and purpose.

Public education is the avenue for transforming communities.  Early in my career, I chose to meet the challenges of public service in an urban environment – the Dayton Public Schools, in Dayton, OH.  Unlike many cities, Dayton does not have pockets of wealth, so we are particularly hard hit by the current recession.   There is, however, rather a deep sense of community pride, which must be built upon through education.  This is absolutely crucial to the growth of our city.

[quote]Romick and fellow education leaders in Dayton, Ohio, understand the importance of a steadfast principal, a strong union, and a dedication on both sides to the idea that persistent and honest collaboration is the only sure way to save struggling schools.
— NEA President Dennis Van Roekel[/quote] So what can a teacher do to effect change in his or her community?  I was encouraged by colleagues to step into various leadership roles, beginning at the building level and continuing until my present position as President of the Dayton Education Association.  In this position, I have been able to have a hand in effecting necessary change in our school district while advocating for Public Education and public school teachers at the local, state, and national levels.  Change and advocating for change are both difficult, but through the work of the Ohio Education Association and the National Education Association, I have been given the resources and assistance necessary to continue the work in which I believe so deeply.  As an example, Dayton Belmont High School was in a similar situation as Eastside High, documented in the movie Lean on Me, which profiles what we have come to know as a school turnaround.  Through collaboration with the building and district administration, school staff, and with resources from both OEA and NEA, the Priority Schools Campaign in particular, that school community was able to build an educational institution where there once was an out of control, dangerous, low-achieving building.  This transformation has proven to the local community, and greater Dayton that change can happen, and when people work together, instead of in opposition, great things can happen for the children we serve and the communities in which we all live. 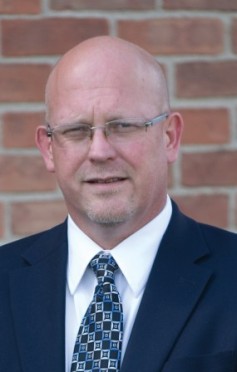 [typography font=”sans-serif” size=”14″ size_format=”px” color=”#909090″]David Romick is currently serving his first two-year term as the President of the Dayton Education Association, the Ohio Education Association affiliate in Dayton, Ohio. David earned his BA from the College of Wooster in 1986 and his MA in Educational Leadership from the University of Cincinnati in 2003. He is a veteran teacher, with twenty years in the Dayton Public Schools teaching Language Arts, and Special Education. David has been involved in Union activities for fifteen years, most recently serving four years as the Vice-President of the Dayton Education Association. His simple philosophy – Focus on the Local – has contributed to creating a collaborative atmosphere within the school district which has helped to put the Dayton Public Schools on the road to improvement.[/typography]