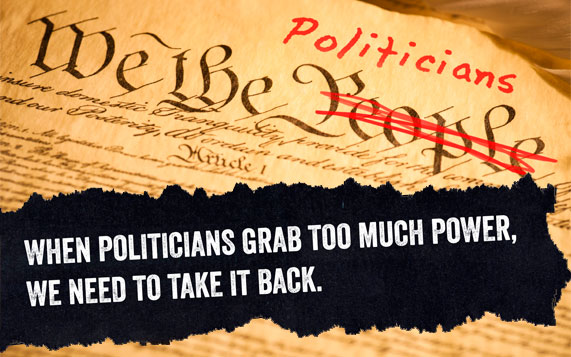 They’ve stolen our voice, our vote, and our power. Every ten years, Ohio goes through a process known as “redistricting” in which the boundary lines for Statehouse and Congressional districts are redrawn. The process was originally designed by Ohio’s forefathers to protect the voice of the people, but – sadly – it no longer works that way.

Instead of ensuring fair and balanced district lines, the politicians and lobbyists have rigged the system to make sure they have all the power to protect themselves and their friends. With uneven, unfair district lines, the voters never have a real choice. The special interests will always be able to spend enough campaign cash on mudslinging, misleading political ads to win an election for themselves, not us.

Having unfair districts is how we end up with …

Issue 2 sends a message that we’re tired of politics as usual. It puts citizens in charge of a process that politicians have corrupted. The choices we make today have a profound effect on the lives of our children and grandchildren. Vote YES on Issue 2, because when elections are fair, the people win.